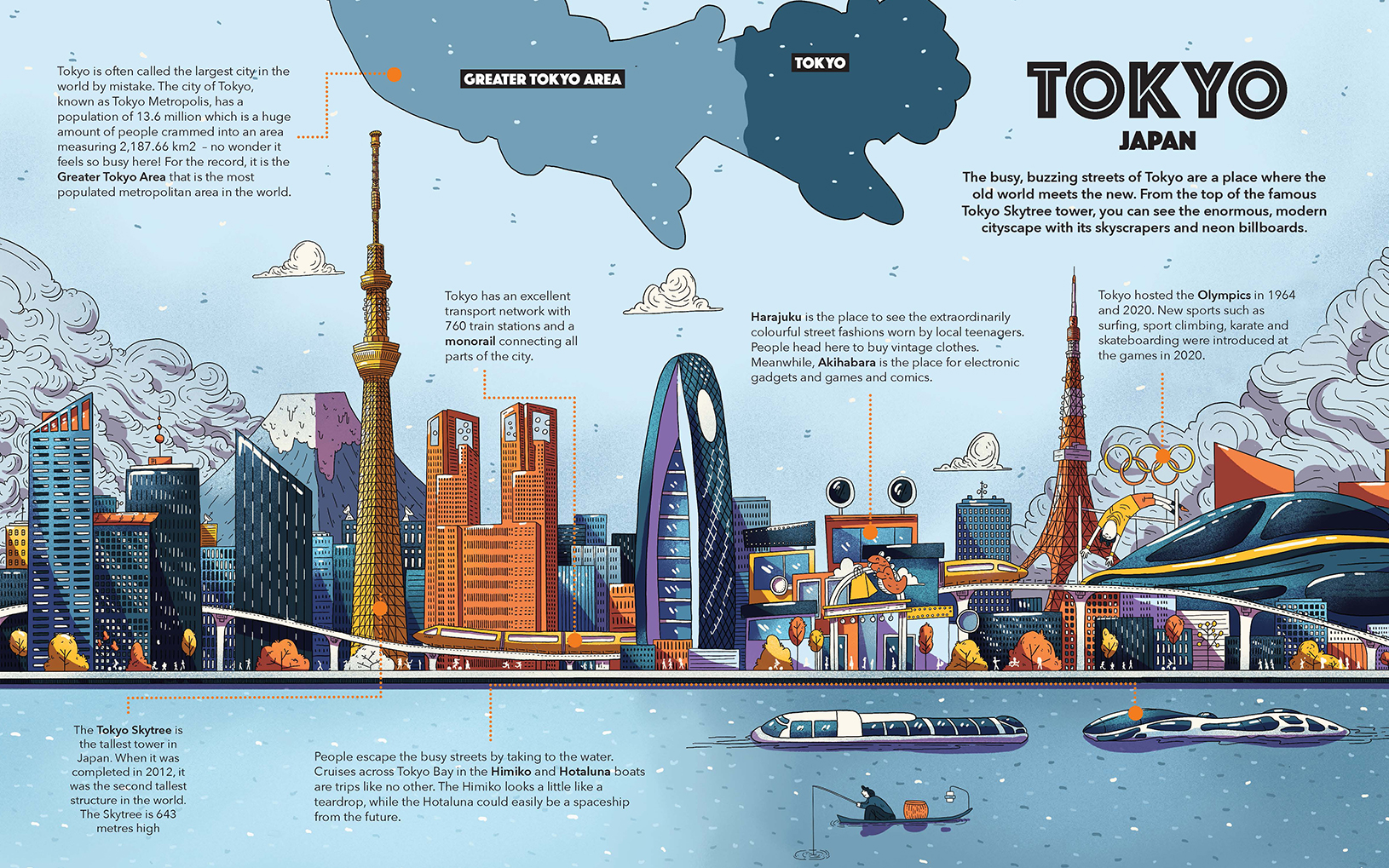 Cities of the World is a new non-fiction title being produced for Hachette. The series divides the world into 6 areas, with highlights on a number of exciting cities in each area. The series is illustrated by Victor Beuren, who we worked with on another title for Hachette called ‘Parallel History’.